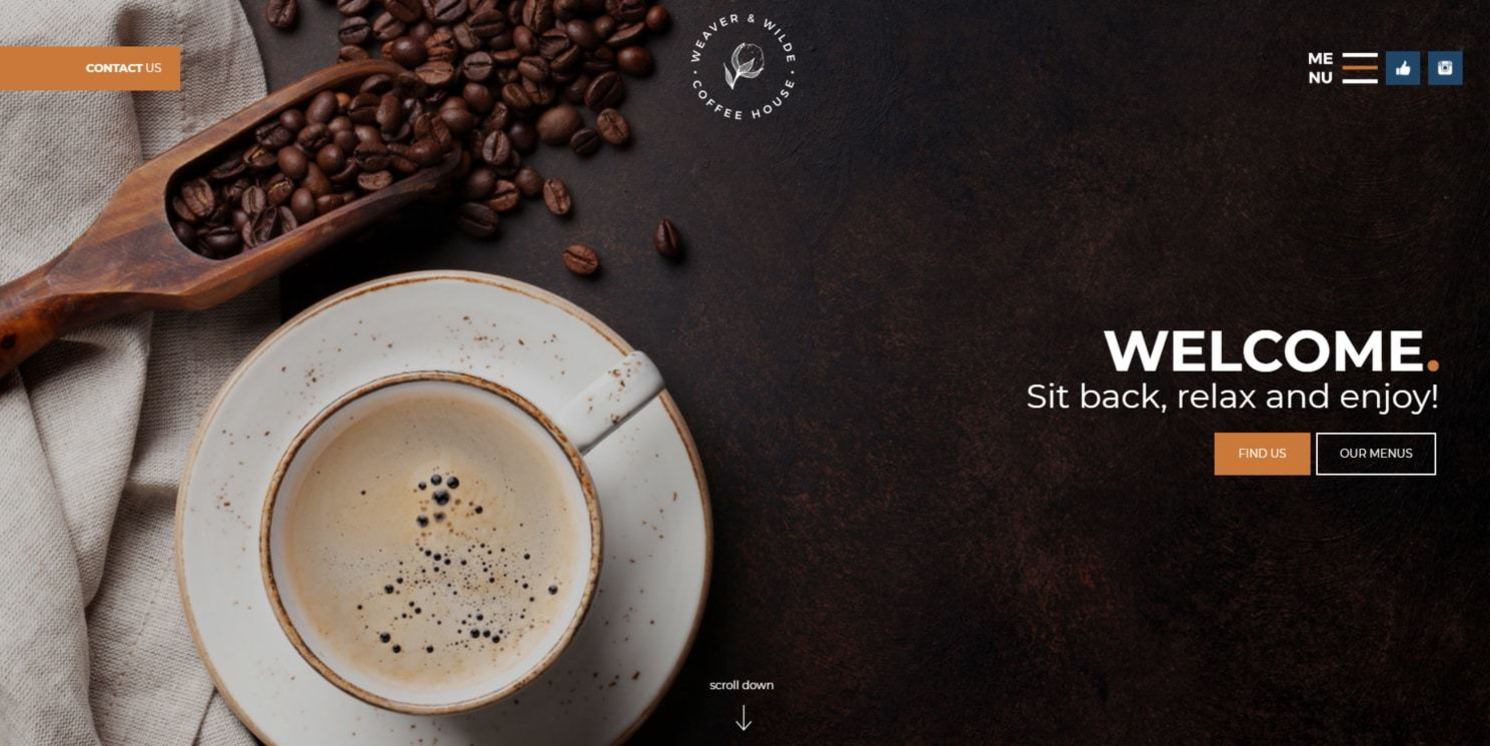 Weaver & Wilde is an independent coffee house in the village of Uppermill, close to picturesque Saddleworth Moor in Greater Manchester.
Opened in December 2019 by owners Cal and Thomas Rowson-Codd, the coffee house offers a warm and welcoming atmosphere with award-winning coffee, a range of appetising food options, a chill-out room with book exchange, and child and dog-friendly facilities.

After spending the last 10 years working in city centre bars and restaurants, Cal and Thomas decided to realign their values and set up their own business. The couple realised their dream of setting up an independent coffee house with a strong focus on locally produced food and drink – and Weaver & Wilde was born.
Cal and Thomas already knew Ian Watson from it’seeze Web Design Twickenham socially, so when they commissioned a website to support their new venture, they were happy to trust Ian and the it’seeze team to deliver the goods.

Cal and Thomas had already purchased a web domain through another provider, so the first step was for it’seeze Twickenham to transfer this over so they could start building the new site. At this stage, Weaver & Wilde didn’t have a brand identity so it’seeze Web Design Twickenham took care of creating a simple yet striking logo that reflects the ethos and nature of the business.
Next, the it’seeze design team came up with a selection of website designs in response to a brief that Cal and Thomas provided. ‘We’re complete novices when it comes to websites,’ says Cal. ‘So, we were happy to just chat through what we wanted the site to look like generally, and the various pages we wanted, and let the designers do their stuff. We liked several of the concepts they put forward, but the design we chose stood out from the crowd. It shows how well Ian knows us, as it’s the one he thought we’d go for, too!’
As well as designing and developing the site, it’seeze Twickenham also sourced images for Weaver & Wilde, with Cal and Thomas picking out the ones they wanted to use. Cal wrote the copy for the website himself, with Ian helping out by proof reading and editing the content before putting it online.
‘The whole process was straightforward, with it’seeze communicating what they needed at each stage of the development process,’ explains Cal. ‘As we know Ian personally, we mostly contacted him but we were very impressed with the service and support provided by everyone in the team. The site was delivered in time for our business opening, so we had the added benefit of being able to launch both at the same time.’

As a start-up business, Cal and Thomas chose the it’seeze Lite Package for Weaver & Wilde. This is a basic, yet feature-rich website package that can later be developed into a larger site with ecommerce functionality as the business develops. Like all it’seeze sites, the web design is completely bespoke, avoiding the ‘samey’ look and feel that can happen when templates are used.
‘The site looks fantastic!’ enthuses Cal. ‘We love the professional, high quality design and user-friendly navigation, and we’ve had some great feedback on it. It’s still early days for the business, but we’re already getting enquiries through the site – something we expect to increase when the tourist season comes around.’
Cal was also pleasantly surprised by how easy the it’seeze website editor is to use, as he’s planning to edit some of the site’s content and add in new pages himself. ‘I really like how the website editor works and, even though I’m not technically-minded, feel comfortable using it,’ he says. ‘Ian’s given us lots of help when it comes to further developing the site, telling us all about best practice for SEO and the various “Dos and Don’ts,” and how to review the site’s performance using Google Analytics.’
‘In short, I’m delighted with – and very proud of – the Weaver & Wilde website,’ concludes Cal. ‘It’s just what we needed to help establish our business and get our name out there online. it’seeze Web Design Twickenham offer genuine value for money and amazing service and support to boot. I can’t recommend Ian and the team highly enough.’
You can take a look at the new Weaver & Wilde website here.

If you’re looking for professional, high quality website design with a wide range of functions and features, it’seeze Web Design Twickenham are here to help.
Get in touch today to book your free, no obligation demonstration of our unique website editor and find out more about how we can help your business.
Tagged as: Web design, Web Designer
Share this post: